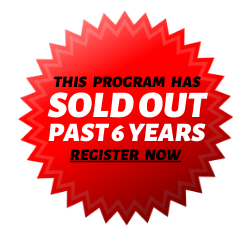 **This program will be led by Tim Turk Certified coaches**

Who is Tim Turk

Tim Turk is well-known and sought-after coach in the player development industry; as an NHL level Shooting & Scoring coach Tim is widely considered THE expert in this area.

Tim has experience working as a Shooting & Scoring coach with 3 NHL organizations; the Montreal Canadians, Tampa Bay Lightning & Carolina Hurricanes.  He has also spent time with some notable National level programs including, Sweden, Finland, Latvia and Russia. He has spent time working with an impressive list of NHL players, including PK Subban, Nazem Kadri, Brendan Gallagher and Mitch Marner to name just a few!

What is the Tim Turk partnership?

Through our partnership with Tim Turk our coaches have collaborated with Tim to further understand the intricacies that lead to Shooting and Scoring success through his certification process. Within this certification our coaches have reviewed the techniques, curriculums and drills developed by Tim Turk and used with his NHL athletes and minor hockey players. The Tim Turk partnership provides us with an added layer of innovative, educational and impactful instruction for our athletes!

What are Tim Turk Certified Programs?

Through this certification and the inclusion of our well-established Puck Confidence Program we have collaborated to create a series of PUCK orientated programs, that will be run in entirety by our team of Next Generation HKY coaches. These programs have been developed from our and Tim Turk’s experience with professional, collegiate, junior and minor hockey programs. These programs and curriculums have been implemented throughout the season with the Ottawa 67’s, University of Ottawa Gee Gees and the Carleton Ravens Mens Hockey team with great success. The principle behind these programs are to establish the fundamentals needed for success and then build upon these fundamentals with a predominant theme of game application.

This program has fast become one of our most popular annually. With approx. 12 coaches on ice during training we offer incredible coach to player ratios and ensure an impressive amount of active reps while being coached.