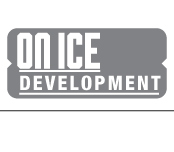 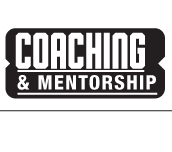 Our lead coaches have been working in Eastern Ontario since 2008. We have six full-time coaches and an impressive list of part-time coaches that train over 7500+ athletes annually.

DEREK MILLER
Derek has a lifetime of experience in playing, coaching, and development across many sports, with his true passion being hockey and athlete performance. Having a 25-year playing career combined with 20 years of coaching and player development, Derek has extensive experience to draw from when working with athletes in today’s game. Derek’s background studying biology as an NCAA athlete gives him unique insight when developing multi-phase programming for hockey training.

EVAN BROWNRIGG
Evan’s youthful energy and extensive experience both locally and internationally are without a doubt what drives him to help athletes excel. The sheer amount of hours Evan logs on ice training players annually is higher than any other coach/trainer in Eastern Ontario. Pulling the most out of each player and recognizing their individual goals has become Evan’s second nature.

KYLE BOCHEK
Kyle has a wealth of hockey experience in both the junior and professional ranks. In meeting Kyle, his passion for the game is immediately evident and can be seen in his coaching style both on the ice and in the training centres. Kyle is hands down is one of the hardest working coaches in player development.